“When you’re cruising around looking for a cute homeless guy, you have to move fast. The good looking ones don’t stay homeless for that long – usually they are in a temporary situation until some dumb chick lets him stay at her place, or maybe even an older gentleman with a spare bed and some cash. Bascially, the trick is to move in fast, ascertain the situation by asking if the guy is looking for a job. From there on, it’s easy peasy if the guy says, “Yes.” A lot of times a guy without a home has recently been evicted or kicked out. Sometimes he has just gotten out of jail. Hell, it can also be that they simply don’t have enough money for a bus ticket to where they need to be. At any rate, it’s usually the result of poor foresight, among other multiple issues. 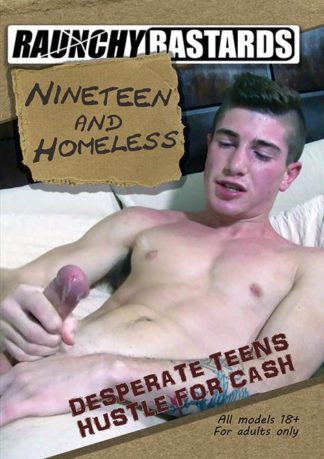 You're viewing: Nineteen And Homeless $9.99
Add to cart