“Now, here’s the thing when it comes to virgin holes.  I don’t care how broke  a guy is, or how straight, or whatever, there ain’t no dick going in a virgin hole and it’s not going to be extremely unpleasant for the guy at first.  I’ve seen some porn sites claiming that the guys are desperate and need cash and all of that, and that they are supposedly straight.  Well first of all, the friggin’ waxed eyebrows should be clue number one.  And clue number two is when a 7 incher is shoved up the guy’s butt and he starts ooh-ing and aww-ing.  Give me a fucking break!  A real virgin is gonna scream, moan, grit his teeth, clinch his fists, tense up and otherwise resist.  Even a closet shit-stabber who wants it isn’t gonna like it the first time.  Or the second.  Thus, there are two approaches to that tender carnation down there.  One is to take your time with it and give the guy time to at least loosen up a bit.  The benefit of this approach is that you leave minimal damage so that you can fuck him again the next day, or even later that night.  The other approach, which we generally only use when we don’t like the dumbfuck in question, is to plow right in.  “Sink or swim” definitely opens the dude up, and teaches him his lesson in a way that he’ll be feeling for the next few days.” 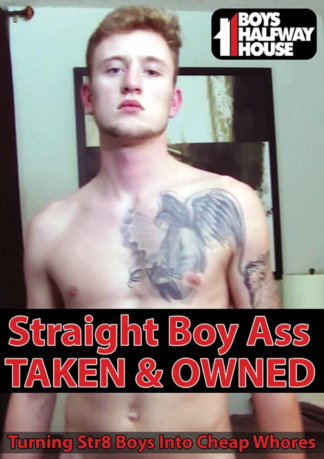